Last month the Tahltan Nation and the Government of BC entered into a landmark agreement setting out a process for consent-based decision-making in respect of the Eskay Creek mine in northwest BC.

As the first of its kind under the provincial Declaration on the Rights of Indigenous Peoples Act, the agreement will have important implications for other Indigenous Nations seeking to implement their own decision-making processes in relation to the use and development of their lands and resources.

The Declaration Act & the Tahltan Agreement

In 2019 BC enacted the Declaration Act setting out a framework to implement the United Nations Declaration on the Rights of Indigenous Peoples. In the same year, BC introduced new requirements for environmental assessments for proposed resource development projects under the Environmental Assessment Act.

Collectively, the Declaration Act and Environmental Assessment Act establish procedures for BC to seek the consent of Indigenous Peoples prior to authorizing development projects which would affect their rights and lands. In particular, the legislation provides BC with authority under provincial law to enter into agreements with Indigenous Nations that require their consent before a proposed project is allowed to proceed.

In June 2022, BC and the Tahltan entered into an agreement under the new legislation in respect of the proposed re-opening of the Eskay Creek gold and silver mine. The agreement sets out a process for the Tahltan to both participate in the provincial environmental assessment process and conduct its own risk assessment to determine whether it will consent to the project. While BC ultimately decides whether or not to issue approval for the project, the project cannot proceed without Tahltan consent. 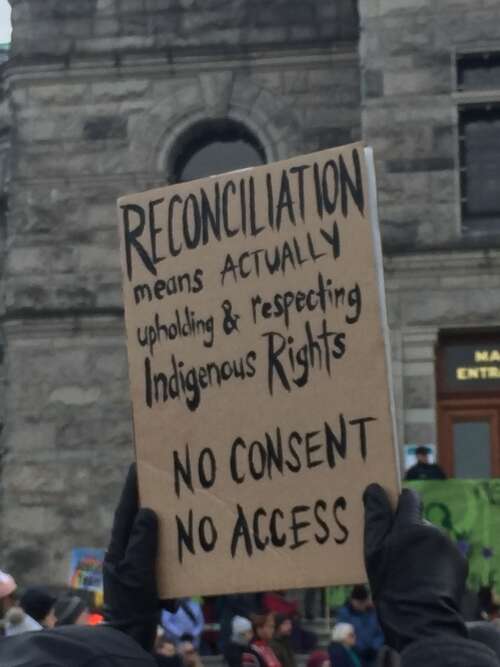 The agreement represents the culmination of years of work on the part of the Tahltan to protect and manage their territory in accordance with their values and traditions. As a result of these efforts, the Tahltan and BC now have a clear framework for how decisions will be made in relation to the proposed re-opening the Eskay Creek mine, including opportunities for the Tahltan to play a direct, decisive role in determining whether and on what conditions the project will proceed.

More broadly, the agreement signals that after years of delay, BC is finally prepared to move forward with the meaningful implementation of the Declaration Act. As such, the agreement marks a positive step towards consent-based decisions based on recognition of Indigenous Peoples’ rights and jurisdictional authority.

There are also reasons for caution.

First, it is unclear whether and to what extent other Indigenous groups will be able to negotiate similar types of agreements under the Declaration Act. The Tahltan agreement was negotiated in the context of an Indigenous Nation with a strong, recognized title claim to a territory rich in mineral resources, and in relation to a lucrative project with a proponent that had already publicly committed to working with the Nation to obtain its consent.

It remains an open question whether BC would be willing to enter into other consent-based agreements with Indigenous Nations whose territories do not have the same potential for economic development, or who oppose certain types of resource development in their territory entirely.

Second, the agreement raises questions about the future of consent-based decision-making itself.

There are strong arguments under Canadian law that consent should be the norm, not the exception. As such, circumstances underlying the Tahltan agreement should not be viewed as a prerequisite for governments and industry to engage in consent-based decision-making with Indigenous people.

The Tahltan agreement is an important reminder that Indigenous Peoples’ longstanding efforts to protect and manage their territories can yield tangible results, including agreements based on recognition for Indigenous law-making authority.

The agreement is also a reminder that more work remains to be done to ensure that consent is treated as a fundamental starting point for projects on Indigenous lands, and that similar opportunities are available to other Indigenous groups, regardless of circumstance.