Several of our clients have asked us about the status of the law in Canada on banishing individuals from reserves.

The following is a summary of the recent decision in Solomon v. Garden River First Nation on this issue. The decision is significant because it demonstrates the importance of ensuring that First Nation bylaws and processes related to banishment are consistent with principles of procedural fairness.

In 2018, Chief and Council of Garden River First Nation issued band council resolutions banning two individuals from Garden River territory after they were charged with drug trafficking and possession. Both of the men lived on reserve, and one was a member of Garden River.

The BCRs were issued pursuant to a Garden River bylaw which prescribed procedural requirements relating to banishment, including that Chief and Council convene a meeting to determine whether the men should be banished, and a process for the men to apply for a reconsideration of the decision.

The individuals who had been banished brought an application for judicial review challenging the BCRs and the process undertaken by Chief and Council.

The Federal Court found that there was a breach of procedural fairness in the process followed by Chief and Council which led to the banishment.

The Court found that:

The Court rejected Garden Island’s position that the bylaws were entitled to a high degree of deference because they arose from the First Nation’s law-making authority pursuant to section 81 of the Indian Act and its inherent right to self-government.

Instead, the Court found that the issue before it related to the fairness of the process under the bylaw, not the right to banish an individual, and as such did not invoke Garden River’s inherent self-government powers.

The Court quashed the BCRs and remitted the issue back to Chief and Council for reconsideration. 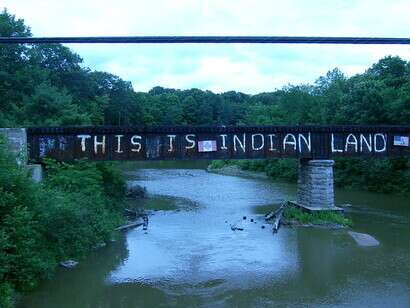 The Solomon decision confirms the importance of following procedural requirements when seeking to ban an individual from a First Nation community.

In general, Chief and Council will be required to provide adequate notice of a banishment order, including sufficient information for the affected individual to understand and respond to the decision.

If the decision is issued pursuant to a bylaw, the First Nation should ensure that it complies with any requirements set out in the bylaw, including procedures for reconsideration of the decision.

Importantly, the decision only deals with the fairness of the banishment process. It does not address the specific circumstances under which a Chief and Council may decide to banish individuals from a community, or what factors should be considered in relation to the banishment of individuals who are First Nation members versus those who are not.

Lastly, the Court distinguished its approach when reviewing a process versus reviewing a decision arising out of a First Nation’s inherent right to self-government. In other recent decisions, the Federal Court has confirmed that the review of decisions arising out of an inherent right to self-government, including election laws, are entitled to a high degree of deference.

By contrast, the Court in Solomon found that the issue related to the fairness of the process carried out by Chief and Council pursuant to the banishment bylaw, not Garden River’s inherent right to self-government.

In such an instance, there is less room for deference. The process, taking all factors into consideration, must be fair to those affected.

Kate Gunn, lawyer, is an associate at First Peoples Law Corporation. Kate recently completed her Master's of Law at the University of British Columbia. Her most recent academic essay, "Agreeing to Share: Treaty 3, History & the Courts," was published in the UBC Law Review last year.

Jesse Donovan is an associate at First Peoples Law Corporation.