Recognition without Reconciliation?: The New Rights Policy for BC Treaty Negotiations

The policy, entitled the Recognition and Reconciliation of Rights Policy for Treaty Negotiations in British Columbia, is intended to establish a renewed approach to British Columbia’s much-maligned treaty process by adopting a rights-based approach to negotiations consistent with the principles in the United Nations Declaration on the Rights of Indigenous Peoples. The new policy is drawing mixed reactions from Indigenous organizations and advocates.

Unlike other parts of Canada, in much of British Columbia the Crown never negotiated treaties with the Indigenous Peoples who used and occupied lands prior to European contact. The Crown’s failure to address the outstanding issues related to Indigenous Peoples’ unextinguished title to their ancestral lands remains a significant barrier to the process of reconciliation and to determining how lands in the province are to be managed and protected into the future.

The B.C. Treaty Commission was established in 1992 as an independent vehicle to oversee modern treaty negotiations between Indigenous groups and the Crown in British Columbia, resolve outstanding land issues, and achieve certainty in terms of land use. Since its inception, the treaty process has been repeatedly criticized for failing to deliver timely, cost-effective solutions for all involved.

Critically, Indigenous Peoples have repeatedly noted that the treaty process relies heavily on the now-discredited “doctrine of discovery” as a basis for the Crown’s assertion of sovereignty and ownership over lands subject to negotiations.

The process has been further criticized for imposing a heavy financial burden on Indigenous participants, requiring the surrender or extinguishment of existing rights, and pitting Indigenous groups against one another, including by incentivizing the completion of agreements without resolving overlapping claims.

While the original policy has been renewed several times, most recently in 2014, concerns about the underlying approach to negotiations have remained. 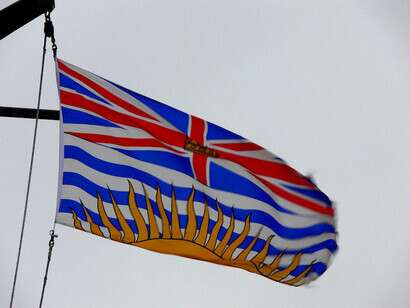 For decades, Indigenous Peoples have called on the Crown to approach the process of reconciliation based on recognition and respect for the prior and continued existence of Indigenous laws and their inherent title and rights.

On the upside, the policy includes changes that will go a long way towards ensuring that modern treaty-making in British Columbia is consistent with reconciliation and the honour of the Crown. For the first time, the participating First Nations will receive funding through non-repayable contributions from the federal and provincial governments, rather than loans.

The policy also expressly acknowledges that the Crown must act with honour, integrity, good faith, and fairness in its dealings with participating First Nations, and enshrines as an objective that First Nations be treated as “full partners in Confederation, with their rights, treaties and agreements recognized and implemented.”

Unfortunately, despite these positive changes, the new policy continues to implicitly rely on the doctrine of discovery as the basis for treaty negotiations in British Columbia. For this reason alone, many First Nations are likely to remain reluctant to participate in the treaty process.

The new policy also maintains one of the central and most criticized features of its predecessor – the issue of so-called “overlapping claims” (wherein more than one Indigenous group claims title and rights in respect of the same lands).

The consequences of the Commission’s approach to this issue was illustrated in 2018, when the B.C. Supreme Court confirmed that the Crown’s duties and responsibilities flowing from a modern treaty will take precedence over rights which have not yet been recognized by the Crown or courts and which are not subject to treaty. As the decision suggests, Indigenous Peoples have good reason to argue that the treaty process can have serious impacts on the asserted title and rights of those who are not participating in negotiations.

While the new policy recognizes that overlaps are a matter of importance which can impact relations between Indigenous groups who participate in the process and those who do not, it provides no mechanism to address this issue. Like under the previous policy, the Commission will continue to enter into negotiations with a participating Indigenous group to settle land claims with respect to lands which may be subject to the title and rights of another group without requiring any evidence to support that claim. 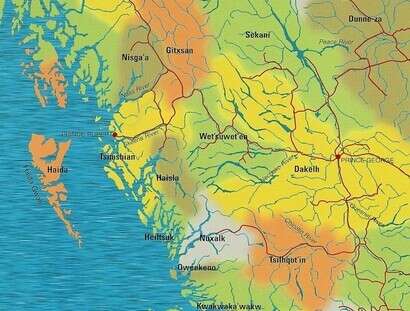 In some important respects, the policy represents a step towards addressing longstanding serious flaws in the treaty process. In particular, references to the honour of the Crown and consent-based decision making represent the good intentions of numerous individuals involved in the development of a new approach to resolving land issues in British Columbia.

However, it appears that the Commission is likely to continue to be plagued by the same criticisms as it has been previously, unless the issue of overlaps is addressed in a meaningful way. Indigenous groups have been clear that the Commission’s approach to overlapping claims erodes confidence in the process and increases the likelihood of stalled negotiations and disputes. The new policy fails to rectify this issue, and as such risks further alienating Indigenous groups who for well-founded reasons choose not to participate in the treaty process.