The Marshall Decision and Mi’kmaq Commercial Fishing Rights: An Explainer

On September 17, 2020, on the 21st anniversary of the Supreme Court of Canada’s decision in R. v. Marshall, Sipekne’katik First Nation, a Mi’kmaq First Nation, launched a self-regulated commercial lobster fishery in Saulnierville, Nova Scotia. In the days that followed, Sipekne’katik fishers were accused of operating an illegal fishery and subject to acts of violence and vandalism by non-Indigenous commercial fishers while federal and provincial governments threatened to prosecute individuals purchasing lobster caught out of season.

The media has characterized the current conflict on the Atlantic coast as a dispute between Mi’kmaq and non-Indigenous fisheries. In reality, these events are the result of the Crown’s prolonged and repeated failure to recognize and implement Mi’kmaq commercial fishing rights.

This explainer seeks to clarify some common misconceptions about Mi’kmaq commercial fishing rights.

What is the current conflict about?

The current conflict stems from a fundamental misunderstanding by many non-Indigenous people about the nature of the Mi’kmaq’s inherent and constitutionally protected fishing rights, and the Crown’s failure to implement these rights.

The Mi’kmaq in Nova Scotia, like other Mi’kmaq in Canada, have constitutionally protected rights to fish and to sell their catch which are rooted in practices that have sustained these communities since pre-contact times.

These rights are set out in the peace and friendship treaties entered into between the Mi’kmaq and the British Crown in the 18th century. These treaties form the foundation upon which the Mi’kmaq agreed to live peacefully with the British.

In 1999, the Supreme Court of Canada recognized these rights as protected under section 35 of the Constitution Act, 1982. However, since that time, the Crown has been reluctant to engage in meaningful, good faith negotiations with the Mi’kmaq to implement these rights.

As a result, on September 17, 2020, Sipekne’katik decided to exercise its constitutionally protected rights and commence a commercial lobster fishery, regulated in accordance with its own fisheries management plan.

As part of the fishery, Sipekne’katik issued licences and lobster trap tags to a handful of Mi’kmaq fishers. Under these licences, the Mi’kmaq fishers are permitted to catch lobster and sell it pursuant to their constitutionally protected commercial fishing rights.

Members of non-Indigenous commercial fishery organizations took the position that Sipekne’katik was not authorized to launch its own, self-managed commercial fishery because the fishing season was closed under federal law. As a result, they claimed Sipekne’katik’s fishery was illegal, and responded by harassing the Sipekne’katik fishers, shooting flares at their boats, cutting their fishing lines and seizing their traps.

What is the importance of the Marshall decision?

The Marshall case involved Donald Marshall Jr., a Mi’kmaw man, who was charged under federal fisheries regulations for catching and selling eel with an illegal net and without a licence outside of the Department of Fisheries and Oceans (DFO) regulated season. He admitted to catching and selling 463 pounds of eel to support himself and his wife, and argued that he had a Treaty right to do so which exempted him from compliance with the regulations.

A majority of the Supreme Court held that the 1760 peace and friendship Treaty affirmed the right of the Mi’kmaq to provide for their own sustenance by trading the products of their hunting, fishing and other gathering activities in exchange for “necessaries”, which the Court found was equivalent to a “moderate livelihood”.

While the Court did not define “moderate livelihood”, it did explain that it was something more than subsistence. In Mr. Marshall’s case, the Court concluded he held an established Treaty right which permitted him to fish for eels as “a small-scale commercial activity” to help support himself and his spouse.

The reference to “moderate livelihood” in Marshall serves only as an upper limit on what the Court found to be an existing commercial fishing right, recognized by the 1760 Treaty. This is the right that Sipekne’katik fishers in Nova Scotia are exercising through their commercial fishery.

But aren’t the Mi’kmaq in Nova Scotia operating their fishery illegally?

Contrary to the position taken by these non-Indigenous commercial fishers, Sipekne’katik fishers are not engaged in an illegal fishery. Their right to engage in the commercial fishery is based on their constitutionally protected Aboriginal and Treaty rights. As such, they are not dependent on the Crown’s legislative authority.

While Canadian courts have held that the Crown may regulate the exercise of Aboriginal and Treaty rights, in order to do so, the Crown must demonstrate that such regulation is justified on conservation or other grounds of public importance.

In Marshall, the Supreme Court concluded that the prohibitions imposed on Mr. Marshall by the federal fishing regulations interfered with his Treaty rights, and the Crown had not provided any justification for the regulatory prohibitions. As a result, Mr. Marshall was acquitted of all charges.

The Supreme Court in Marshall further acknowledged that catch limits that could reasonably be expected to produce a moderate livelihood for individual Mi’kmaq families at present-day standards could be enforced without violating the Treaty right. However, to date, 21 years after the Marshall decision, no such limits have been negotiated between the Crown and Sipekne’katik.

What about lobster conservation concerns?

Much of the opposition to the Sipekne’katik commercial fishery has focused on the potential negative impact of the fishery on the conservation of lobster.

Further, information released by DFO confirms that lobster conservation concerns are unfounded. Reports from DFO indicate that the lobster stocks and the commercial fishery are healthy.

The main reason conservation is being touted as a reason to oppose Sipekne’katik’s commercial fishery is because Canadians courts have held that the Crown may limit the exercise of Aboriginal fishing rights for conservation purposes. The scientific evidence is clear, however, that the current Sipekne’katik fishery does not pose a threat to lobster stocks. Any claims to the contrary are simply another attempt to suppress the exercise by the Mi’kmaq of their constitutionally protected rights.

How does the Crown’s threat to prosecute buyers serve to further undermine Mi’kmaq commercial fishing rights?

In recent media statements, Canadian governments have indicated that they will prosecute anyone who purchases fish caught as part of the Sipekne’katik commercial fishery. However, any steps taken by government to deter buyers from purchasing lobster from Sipekne’katik fishers are a direct threat to their commercial fishing rights.

The Crown has a constitutional obligation to fulfill its Treaty commitments and respect Mi’kmaq Treaty rights. Rather than honouring the Treaties, the Crown’s proposed prosecution of buyers will only serve to further undermine the Mi’kmaq’s constitutionally protected fishing rights.

By commencing their self-regulated commercial fishery, Sipekne’katik has taken the position that the status quo of unfulfilled Treaty promises is no longer acceptable.

Importantly, Sipekne’katik is also exercising its inherent jurisdiction to establish and regulate its fishery in accordance with its own laws and legal order.

The Sipekne’katik are not alone in their cause. Indigenous communities across Canada have indicated their support for the Sipekne’katik commercial fishery since its opening, with other Mi’kmaq First Nations following suit and launching their own self-regulated fisheries.

As well, on October 1, 2020, more than 150 Indigenous and settler academics and legal professionals from across Canada sent a letter to Prime Minister Trudeau and Nova Scotia Premier McNeil urging immediate action to protect the safety of Sipekne’katik and its members, and to recognize and uphold their Treaty right to a commercial fishery.

*First Peoples Law Corporation is legal counsel for Sipekne’katik First Nation. The statements here are made on our own behalf and reflect our views on this issue, not those of our client. 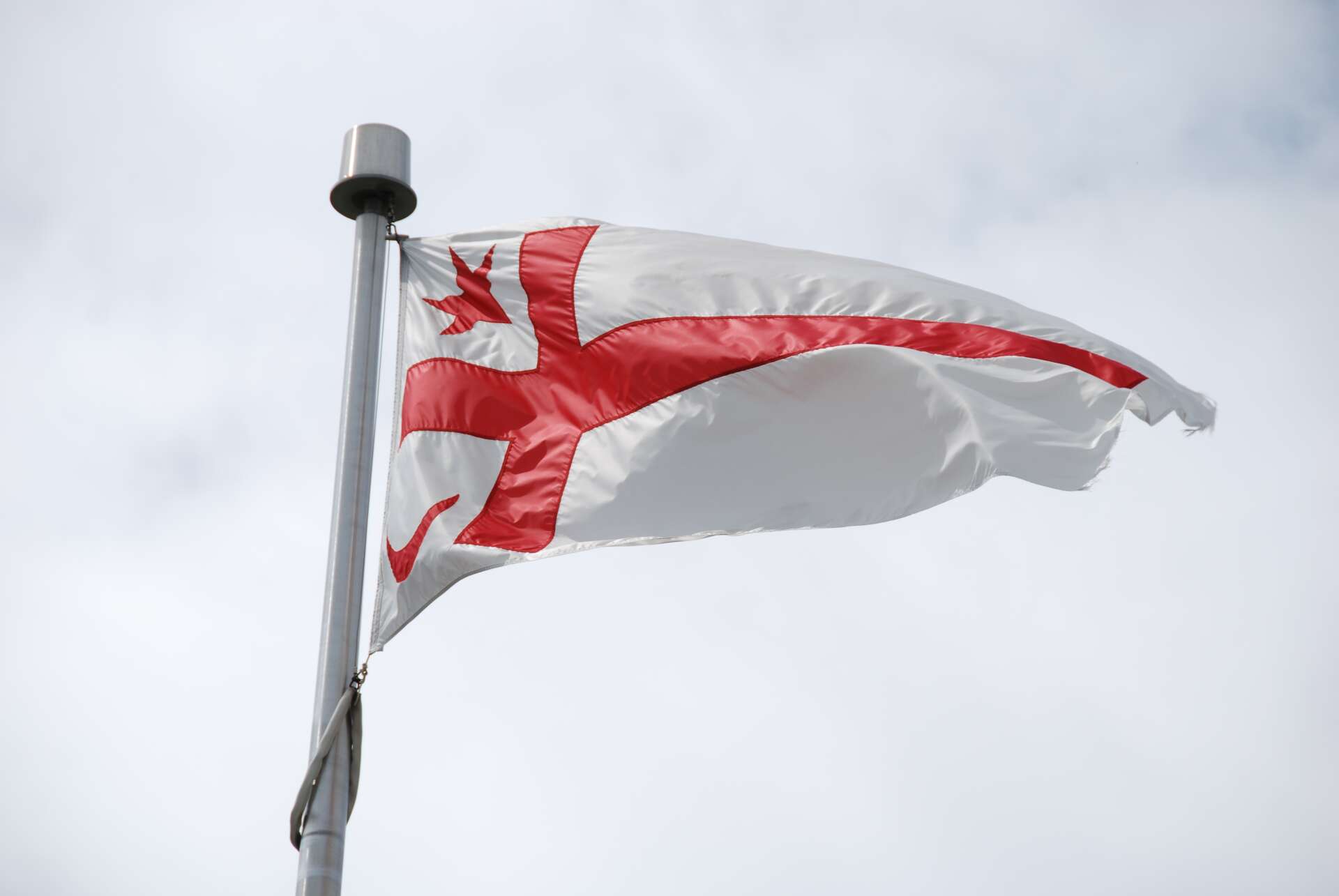