The Wet’suwet’en, Governments and Indigenous Peoples: A 5 Step Plan for Reconciliation

Canada has reached a watershed moment.

Will it continue to bulldoze Indigenous rights in the name of resource exploitation and jobs and profits for the few, or it will renounce its colonialist past and strike out on the path of respect, collaboration and partnership with Indigenous people?

Using the current national response to the Wet’suwet’en controversy as a springboard for discussion, here’s my 5-step plan for preparing the ground for real reconciliation.

Canada must stop using the threat and reality of state-sanctioned violence to forcibly remove Indigenous people from their land. Reconciliation cannot be achieved through force.

The threat of violence as a tool of oppression of Indigenous people raises the spectre of Canada’s long, violent history of colonialism. A post-colonial world does not include violence.

True reconciliation cannot begin until state-sanctioned violence is no longer an option. 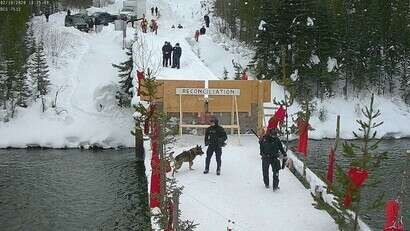 We would not be in the situation we are in today if the British Columbia government was serious about implementing the United Nations Declaration on the Rights of Indigenous Peoples.

Less than three months ago, the Declaration on the Rights of Indigenous Peoples Act became law in British Columbia to great fanfare. Instead of marking a new day for reconciliation and respect, it has fostered resentment and cynicism.

Why? Because in response to the Wet’suwet’en standoff, the provincial government failed to respect its own law. It took the position that its UNDRIP legislation does not apply to projects that had already received provincial approval. Its position is indefensible.

British Columbia’s UNDRIP legislation is not simply forward-looking. It imposes a positive obligation on the provincial government to ensure that UNDRIP principles are implemented in the ongoing application of existing provincial law. In this context, ‘law’ includes legislation, regulations and policies.

The federal government is currently planning to introduce its own UNDRIP legislation. It must not repeat British Columbia’s mistake.

Until the last few days, the federal government has been sadly absent as the RCMP invaded Wet’suwet’en land and demonstrations of support erupted across the country.

The federal government has an important constitutional role to play when Indigenous Peoples find their rights threatened by provincial governments and resource extraction companies.

When Canada came into being in 1867, the federal government was assigned exclusive legislative authority over “Indians and Lands reserved for Indians”. This was done for two main reasons: ensure a national policy on Indigenous issues and protect Indigenous Peoples from what at the time were referred to as ‘local settler majorities’—we now call them provincial governments.

In recent years the Supreme Court has expanded the role of provincial governments in resolving disagreements over Aboriginal and Treaty rights. This change does not absolve the federal government of its continuing responsibilities.

Because it does not face the same local pressure to remove Indigenous people from their land as provincial governments do, the federal government has an important role to play in resolving disputes.

The federal government must have the courage to fulfill its historical and legal responsibilities to Indigenous Peoples.

Recognition is the prerequisite for reconciliation.

Today’s controversy is the result of and a continuation of British Columbia’s 150-year history of denying Indigenous rights, including Aboriginal title.

While the current provincial government publicly talks of recognition and reconciliation, in the courts and all too often on the ground, it perpetuates British Columbia’s long history of denial.

Because provincial and federal governments continue to deny the existence of Aboriginal title, the courts hold them to no more than the procedural requirements to consult and, in some cases, accommodate. As the recent Trans Mountain Pipeline decision from the Federal Court of Appeal demonstrated, the duty to consult has become an ineffectual tool for Indigenous Peoples seeking to protect their Aboriginal title lands.

Instead of creating the basis for meaningful dialogue, the duty to consult has too often become the gateway to the RCMP’s militarized enforcement of injunctions against Indigenous people. Over 15 years ago, the Supreme Court recognized that injunctions are all-or-nothing solutions with Indigenous people too often finding themselves on the losing end.

It is open to the federal and provincial governments to jettison denial policies and recognize Aboriginal title through agreement. As the Supreme Court has repeatedly reminded all parties, the courts are not required to be involved.

While Indigenous rights exist without government recognition, a formal recognition agreement would put an end to the destructive status quo of denial.

If there are issues about so-called ‘overlaps’ with neighbouring Indigenous Peoples, initial agreements can either be limited to core Aboriginal title lands or acknowledge the necessity of resolving competing claims for title. After a recognition agreement is signed the hard work of creating the space for respecting Aboriginal title through subsequent implementation agreements can begin.

Fortunately, we have clear evidence that the sky does not fall and the economy does not grind to a halt when Aboriginal title is recognized. In 2014 the Tsilhqot’in obtained a declaration of Aboriginal title to a portion of their territory. What have they been doing since? They’ve been in serious, respectful negotiations with the provincial and federal governments based on the recognized existence of their Aboriginal title.

A final, but crucial aspect of any potential recognition agreement would be that it would confirm respect for Indigenous law.

One of the most concerning developments in the dispute between the Wet’suwet’en and the pipeline company is that in its most recent injunction decision the B.C. Supreme Court held that while Indigenous law exists, it cannot be put into effect as part of Canadian law without a treaty, legislation or agreement. 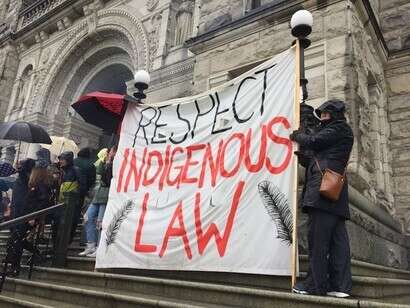 Certainty, respect and collaboration depend on consent-based decision making. As long as governments continue to raise the fear of an Indigenous veto, they will fail Indigenous people and the wider public.

As many commentators have noted, veto and consent are not the same thing--the former is exercised arbitrarily, the latter is actively sought and occasionally withheld.

When government and industry talk of 'no veto', the implication is, 'therefore we're going to do what we want to do whether you support it or not.' This is the antithesis of good faith consultation. It results in projects being forced through over valid Indigenous concerns and possible alternatives.

Case in point, several years ago the Wet'suwet'en Hereditary Chiefs proposed an alternative route for the Coastal GasLink project, a route that would traverse a portion of their territory already developed for industry and that would avoid a pristine, undeveloped part of their territory. The company rejected the Chiefs' proposed alternative route based on technical issues and additional cost.

Across Canada, alternative solutions proposed by Indigenous people can be rejected with confidence because federal and provincial governments emphasize the lack of an Indigenous veto instead of seeking consent.

As long as governments rely on the language of veto, there is little incentive to work with Indigenous Peoples to find respectful, workable solutions.

Consent-based decision making is about actively engaging with Indigenous people with the intention of identifying solutions that will result in Indigenous consent. It includes accepting that in certain situations the answer is going to be no. Non-Indigenous governments always retain the right to reject a project. Indigenous Peoples deserve the same respect.

In Canada the consent principle dates at least as far back as the Royal Proclamation of 1763. The Supreme Court has identified it as the preferable path of engagement and as a necessity in certain circumstances.

The question arises—who is authorized to give consent? Indigenous Peoples across the country are working to revitalize their Indigenous laws and governance, either separate from or working with the existing Indian Act Chief and Council system. The federal and provincial governments need to support and respect this work. 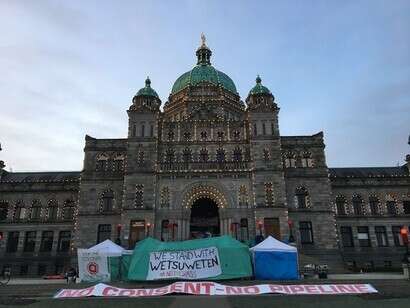 The voices of the status quo are loud and relentless. Hiding behind the self-serving rhetoric of the ‘rule of law’ and the ‘public interest’ they call for the removal of Indigenous Peoples from their lands.

Canadians have a choice to make. Will they double-down on denial and oppression or will they embrace respect for constitutional rights and Indigenous Peoples’ laws?

Our children will judge the choice we make today.