We are pleased to announce the release of the 2021 edition of the Annotated Aboriginal Law book, now available here.

The book provides Indigenous Peoples and the legal community with a comprehensive overview of cases, legislation and other important developments in the field of Aboriginal law. We hope it serves as a useful resource in understanding, defending and advancing Indigenous rights.

For over twenty years, annual updates were prepared by Professor Shin Imai, whose enduring contributions continue to form the foundation of the book. First Peoples Law is honoured to carry on this important work. We are also grateful for the Indigenous communities across Canada whose longstanding efforts to protect their lands, uphold their laws and defend their rights form the basis for the cases in the book.

Below, you’ll find a summary of some of the key cases, laws and events that shaped the 2021 edition of Annotated Aboriginal Law. 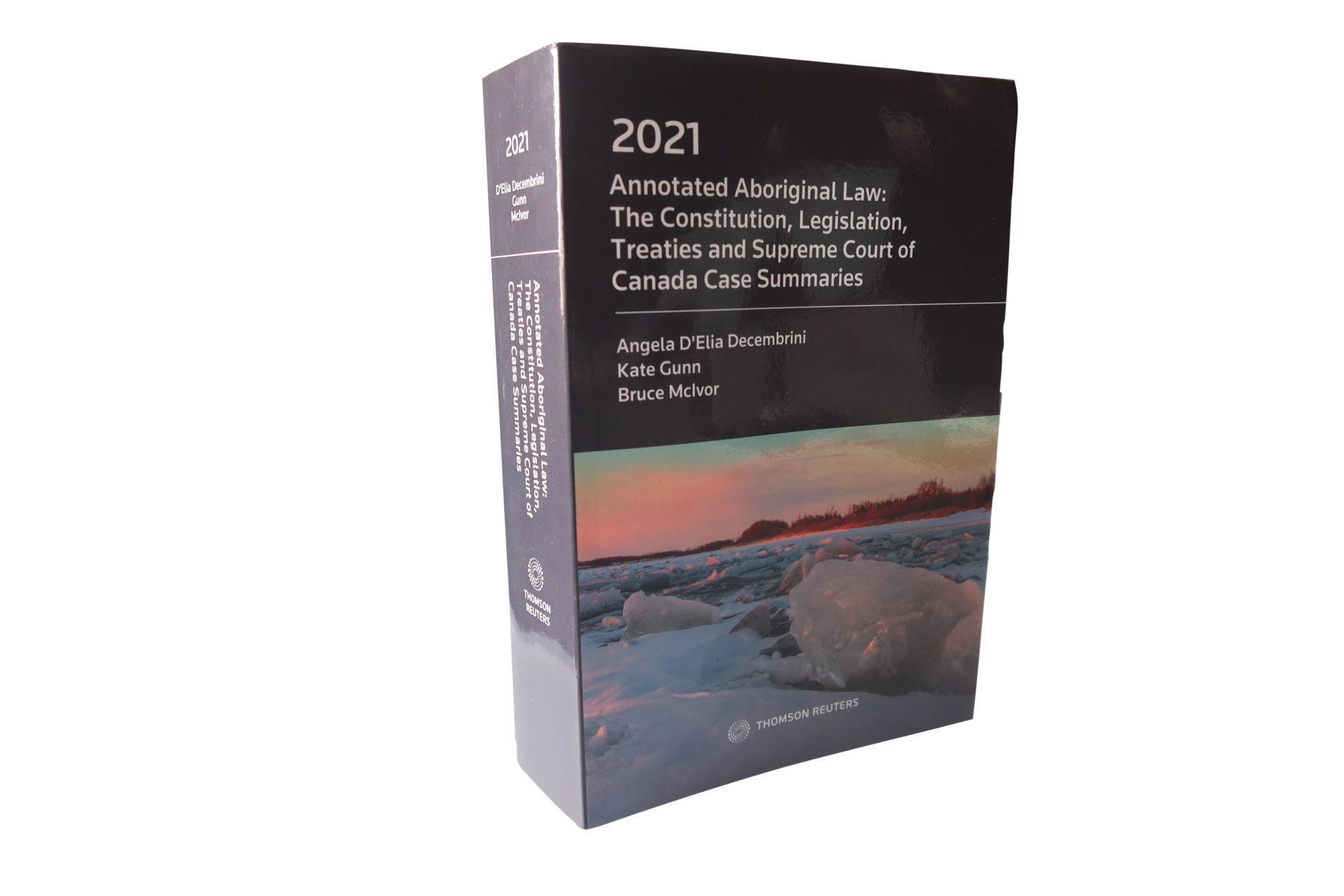 The year 2020 was filled with the unexpected, and the law was no exception. However, despite the impacts of the COVID-19 pandemic, Indigenous Peoples continued to advance their title, rights and treaty rights, both within the courtroom and on their lands and waters.

Cases before the Supreme Court of Canada

The Supreme Court of Canada continued to hear appeals regarding the current and historic relationship between Indigenous Peoples and the Crown in 2020, notwithstanding the challenges posed by the pandemic.

In October 2020, the Court heard arguments in R. v. Desautel on the issue of whether Indigenous people who reside outside of Canada can exercise Aboriginal rights in their ancestral territories in Canada. The Court’s decision will determine whether protections under section 35 of the Constitution Act, 1982 can extend to Indigenous groups whose territories include lands on both sides of the Canada-U.S. border or who have been displaced from Canada as a result of colonization.

In November 2020, the Court in Southwind v. Canada considered how First Nations should be compensated when the Crown allows reserve lands to be taken illegally and without the First Nation’s consent. The Court’s decision will clarify how principles of equitable compensation should be applied in the context of the illegal taking of reserve lands, including how the principles of reconciliation and the honour of the Crown should inform the calculation of compensation.

First Peoples Law had the privilege of representing the Indigenous Bar Association in Desautel, and the Grand Council Treaty #3 in Southwind.

Both appeals are currently under consideration by the Court.

While legislative activity slowed in 2020 as a result of COVID-19 related restrictions, there were noteworthy enactments.

The legislation has the potential to set the stage for transformative change in the relationship between Indigenous Peoples and the Crown in BC. However, early indicators suggest that the Province remains unwilling to implement the law in a manner consistent with the spirit and intent of the UN Declaration.

More recently, the federal government introduced Bill C-15, which if passed into law would implement the UN Declaration. As we wrote in our recent blog post, while some view this as a positive step, many Indigenous Peoples remain sceptical that Bill C-15 will result in lasting change to the federal government’s approach to reconciliation and decolonization.

These regulations authorize First Nations operating elections under the Indian Act and the First Nations Elections Act to postpone elections for up to six months to prevent, mitigate and control the spread of disease on reserve, and to extend the postponement for a further six months if necessary.

The regulations also recognize the authority of First Nations with customary elections laws to postpone their elections and temporarily extend the terms of office of their band councils, even if their custom election codes did not provide for such a situation.

The enactment of the regulations serves as an important reminder that First Nation governments must have the necessary flexibility and authority to preserve the health and safety of their members in response to emergency situations. 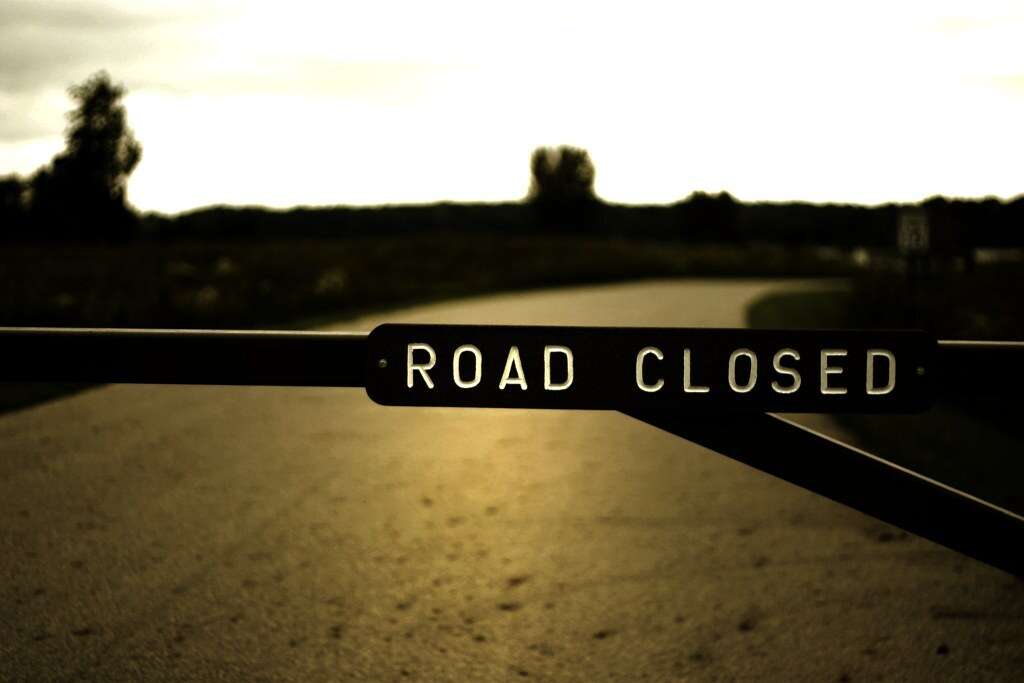 2020 was marked on both sides of the country by Indigenous Peoples’ ongoing efforts to protect their ancestral lands, exercise their title and rights and implement their treaties with the Crown.

In early 2020, the RCMP in British Columbia enforced an injunction issued by the BC Supreme Court in favour of Coastal GasLink Ltd. by forcibly removing Wet’suwet’en hereditary leaders, matriarchs and other land defenders from the territory to make way for the pipeline. The enforcement sparked solidarity actions across the country, including the non-violent disruption of train traffic and the occupation of the provincial legislature in Victoria, BC. It also reignited a national conversation about Indigenous rights and self-determination.

Critical issues regarding the recognition of Wet’suwet’en title and rights to the project area remain unresolved, and the project itself continues to be the subject of numerous legal challenges.

On the east coast, in September 2020 members of Sipekne’katik First Nation, part of the Mi’kmaq Nation in Nova Scotia, sought to realize their right to a commercial fishery as affirmed in the peace and friendship treaties with the Crown by opening a self-regulated commercial lobster fishery.

Following the opening of the fishery, Sipekne’katik members faced intimidation and harassment by non-Indigenous commercial fishers while law enforcement stood by and federal and provincial governments announced that individuals caught fishing without a license or purchasing lobster caught out of season would be subject to prosecution.

The intimidation of Mi’kmaq fishers continued to escalate throughout the fall, and talks between Sipekne’katik and the federal government respecting the implementation of their commercial fishing rights failed to lead to an agreement. 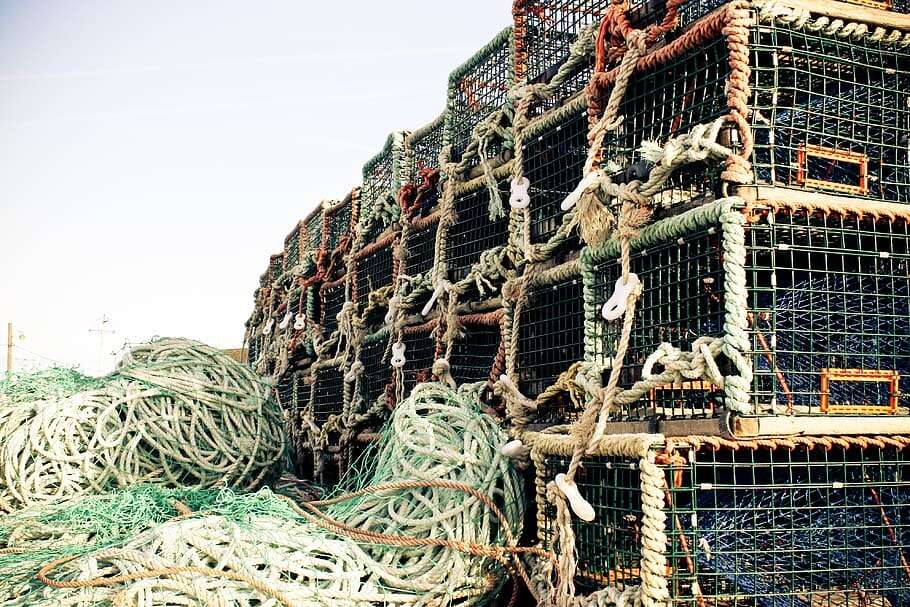 First Peoples Law is committed to ensuring the Annotated Aboriginal Law text remains accessible, accurate and user-friendly. As a starting point, we have introduced sections in the 2021 edition on cases involving Canadian courts’ treatment and interpretation of Indigenous Peoples’ own laws and legal systems, and on the courts’ consideration of the intersection of the Canadian Charter of Rights and Freedoms and issues facing Indigenous Peoples.

We are also actively working on ways to update and streamline future editions of the text.

We welcome feedback and ideas from readers on how we can make the book as useful as possible.

The 2021 edition of Annotated Aboriginal Law can be purchased here from Thomson Reuters.